In order to communicate with each other, separate processes only need to open a single connection with a bus. They never directly exchange data. They only send messages to the bus and they only receive messages from the bus. Different programming languages can use a simplified common interface.

Opening a connection with a bus returns an identifier - actually a socket handle - which is used to designate the bus when sending or receiving messages. NOTE: This connector is also often used to automatically redirect the control flow in the main loop of the program, typically after a select.

All communicating processes are generally registered on the same bus on the same host machine. For architectural, organizational, performance or security reasons, certain programs can very well open connections with several dedicated buses.

The Ping-Pong exercise in Practice has demonstrated all the characteristics of the magic bus:

Communications through the bus are asynchronous. 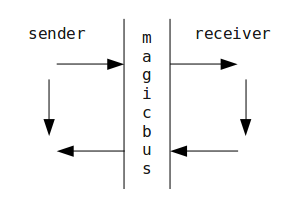 In order to keep track of messages, a message identifier is passed by the sender along with the data. This identification number is returned by the bus in the reply. 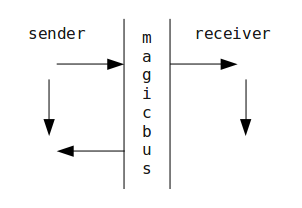 One-way messages don’t expect a reply from the receiver. The bus returns an empty reply message to the sender after all the data could be read by the receiving process. If no process is currently registered in the specified destination domain, or if a transmission error occurs, the bus returns a nobody message. 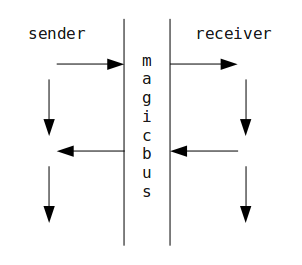 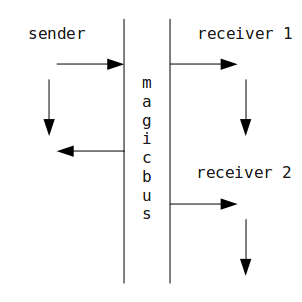